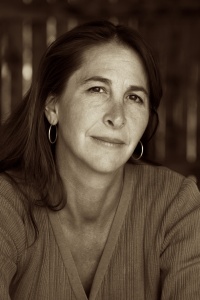 Lauryn Axelrod is an Oregon/Vermont-based playwright, dramaturg and director whose work has been seen Off-Broadway, regionally and internationally. She is also the Artistic Director of Village Green Arts, a community-based performance company, where she writes and directs with communities of all sizes. She recently served as the Director of Education and Resident Dramaturg for the Weston Playhouse Theatre Company, where she directed the theatre’s production of Suzan-Lori Parks’ 365 DAYS/365 PLAYS, and was the dramaturg for the world premiere of THE OATH, by Gavin Broady. Lauryn was also the Assistant Literary Manager for Double Image Theatre/New York Stage and Film under Morgan Jenness, and co-producer of New Voices on Greene Street, a new play reading and development series.

Lauryn received a BA in Theatre from Bennington College, where she worked with Nicholas Martin, Bread and Puppet Theatre and Theodora Skiptares. She studied playwriting with John Patrick Shanley, John Ford Noonan, Anne Bogart, and Warren Leight and wrote the book and lyrics for BAAL LIVE!, a rock-opera adaptation of Brecht’s BAAL, which was performed in nightclubs regionally. Lauryn has written more than 20 plays for schools, communities and solo performers, directs staged readings of new works in numerous theatres, and teaches playwriting in schools, prisons and community centers across the country. She is also a published author and award-winning filmmaker.

Eric Stern is an active and prolific composer living and working in Portland, Oregon.  Most recently he composed the full-length opera QUEEN OF KNIVES which premiered in Portland, Oregon to sold out audiences and rave reviews. He is well-known for his songwriting in the ensemble Vagabond Opera (he is the band’s leader and artistic director) and has contributed to a wealth of projects including pieces for the Northwest Professional Dance Project, Open Hearts, Open Minds (an organization that works with prisoners to put on theatrical productions), the music for Tears Of Joy Puppet Theatre production of PINOCCHIO (he was commissioned to compose the score), as well as settings to Jewish liturgy for the P’nai Or synagogue choir that he conducted and helped found.

Eric Stern is best known for being the founder and artistic director of Vagabond Opera, an ensemble that has achieved worldwide success. Vagabond Opera was created in 2002 by U.S. and European-trained opera singer and composer Eric Stern. Then disillusioned with the classical opera world, Stern created a new context for opera: Performance on a more intimate scale incorporating not only opera, but elements of Weimar Cabaret, Arabic and Balkan forms, and the original music that springs from the ensemble’s fertile creative work.

Before moving to Portland he studied and performed opera in Philadelphia, New York and Paris and settled in New Mexico where he founded the Jewish Theater Project with Rabbi Lynn Gottlieb. There  he helped co-produced Neshama, a Jewish arts festival. Eric Stern was the musical director for the festival, wrote several musical pieces, one of the plays, and one full-length composition for it.

Eric toured the Canadian Fringe Festival working closely with The Pajama Men of Chicago’s Second City where he, along with Mark Chavez and Shenoah Allen, performed SABOTAGE, a comedic tour-de-force that the trio wrote to audiences in  New York City, and throughout Canada garnering critical acclaim. Mr. Stern composed and performed the music for SABOTAGE and was the production’s musical director.

Prior, he was the musical director for Theater in the Making (an Albuquerque theater company that works with young people by having them perform the works of Shakespeare) and composed and performed for the Dionysis in the Round Festival at the University of New Mexico.

For more information about Eric Stern